Martina J. - Caring for her Community 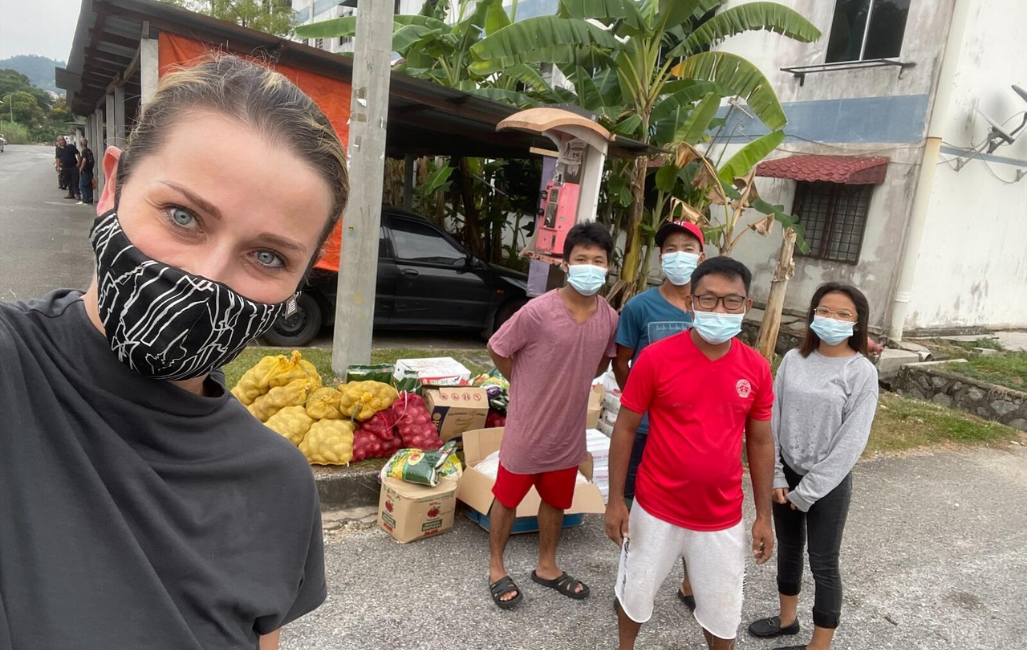 When Malaysia’s government implemented a COVID-19 lock down in May, Martina J. knew she had to do something to help her home of more than two years and knew how she could make it a reality.

The marketing director of Kimberly-Clark Malaysia logged onto Facebook and saw people in Kuala Lumpur, Malaysia, were going hungry during the nation’s third strict lockdown, which threw millions of people out of work. That’s when Martina connected with a friend, and the two of them began calling people and posting pleas on social media to collect food and money to help.

Martina personally picked up groceries in her car and mindfully spent the donated funds at local wholesalers in order to support small businesses. She and her friend assembled bundles of dried food, fresh vegetables and proteins and delivered them to the communities who needed food the most.

“We would meet the people to hear their stories — they also wanted to be listened to — so it’s been quite an interesting experience,” she says. “I don’t think I have ever cried as much as I did this summer.”

One of the most heartrending experiences came from talking to a Pakistani immigrant whom she saw selling toothbrushes on the street with everything he owned in a plastic bag beside him.

He said he was out of work due to the lockdown, and Martina, who noticed that he wore a colostomy bag, gave him money for food. “He was kind of in disbelief,” she recalls. “He told me that in spite of it all, he still has a better life than he did back home, and this was someone who was living on the street and had literally nothing. I learned a lot about not taking anything for granted, being very grateful for what we have, and being willing to help others.”

The lockdown and food drive ended after three months. She is now volunteering with Destiny Welfare Centre to help women and children with education. Her kindhearted missions dovetail with Kimberly-Clark’s purpose to care for our people, our consumers, our communities, and the planet.
“With Kimberly-Clark’s ‘Better Care for a Better World,’ I feel all our charitable initiatives are aligned with my personal values, and it’s one of the reasons I have been with the company for 19 years,” she notes.

Born and educated in the Czech Republic, Martina joined the company in 2002 as a contractor. In 2004, she accepted a position as associate brand manager and worked her way up, including serving as marketing director for the Middle East and North Africa and marketing manager of baby and childcare for Europe and the Middle East.