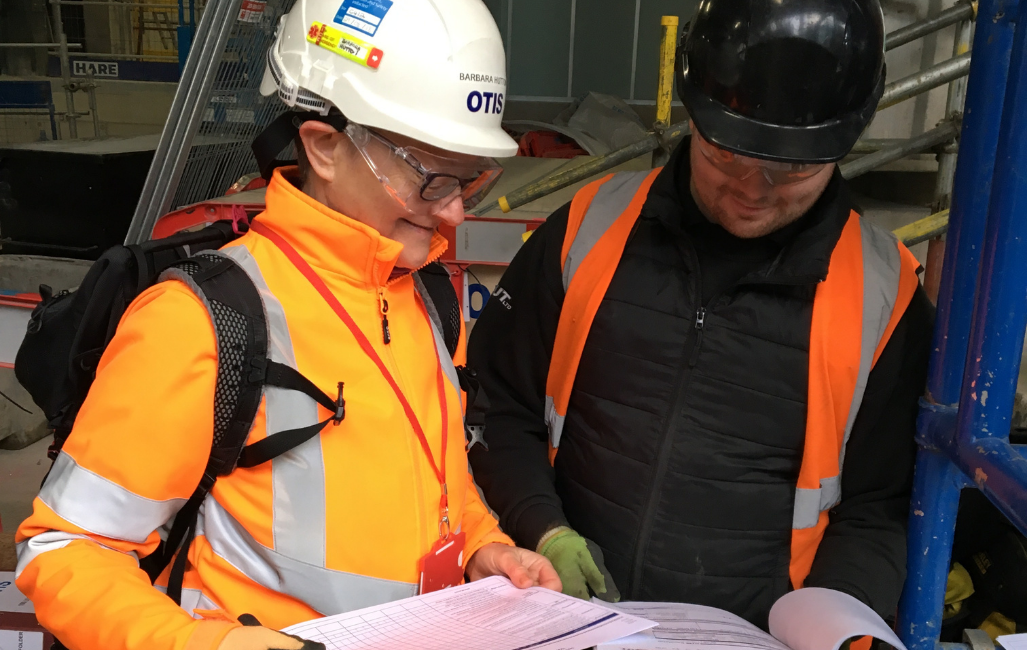 Mill safety lead Barbara H. thinks other women will find their niche at Kimberly-Clark, just as she did.

Barbara H. jokes that she must have been a Vulcan in a past life because she tells it like it is — totally up front and honest, just like the ever-logical Vulcans on “Star Trek,” a science/space fantasy television show.

It’s an important skill given in her role as Environment, Health and Safety Lead at Kimberly-Clark’s Northfleet manufacturing facility in Gravesend, England. After all, lives depend on her.

“Global businesses today need to build a culture that embeds safety into employee roles as readily as productivity,” she says. “Thinking that we can’t have both is a false assumption. My challenge is to inspire people with my vision of shared values.”

Barbara joined Kimberly-Clark in 2019 and says her biggest accomplishment so far has been to ensure that the facility integrates Global Environmental Health and Safety performance standards for the protection of all.

“At Kimberly-Clark’s core is the principle of caring for each other,” she says. “I believe that this simple message has enabled people at Northfleet to come together to improve our shared working environment.”

Recognizing that the company is working hard to ensure that more women are brought into the workplace, Barbara does her part to encourage female team members to believe in themselves and apply for promotions.

“We’ve all got a bit of star dust in us,” she says. “I always try and show people how they can shine.”

Barbara didn’t start her career as a health and safety professional. She began as a research scientist but found it wasn’t a great fit.

After working in various roles in the waste and recycling sector, she found that she enjoyed partnership contracting and world-class manufacturing while working at a petrochemical plant. The experience inspired her to complete an MBA.

“As my career evolved, I found that I kept being pulled back into safety issues that management were either not aware of or simply not dealing with,” Barbara says. “This was compounded by rubbing up against safety advisers who, quite frankly, were not helpful at all.”

Frustrated, she became certified as a Quality Safety Health and Environment Manager and began working on monumental construction projects, including the $30 billion Hinkley Point C nuclear power plant being built in southwest England and the $25 billion Elizabeth line addition to the London Underground that’s due to open in 2022.

“I joined Kimberly-Clark after deciding that the company offered some exciting new Environmental Health & Safety challenges, and because it would enable me to have a better work/life balance,” she says.

What’s her advice for women looking to work at Kimberly-Clark?

Previous Article Next Article
Back to Blog